Webinar - The Lodging Sector at a Crossroads 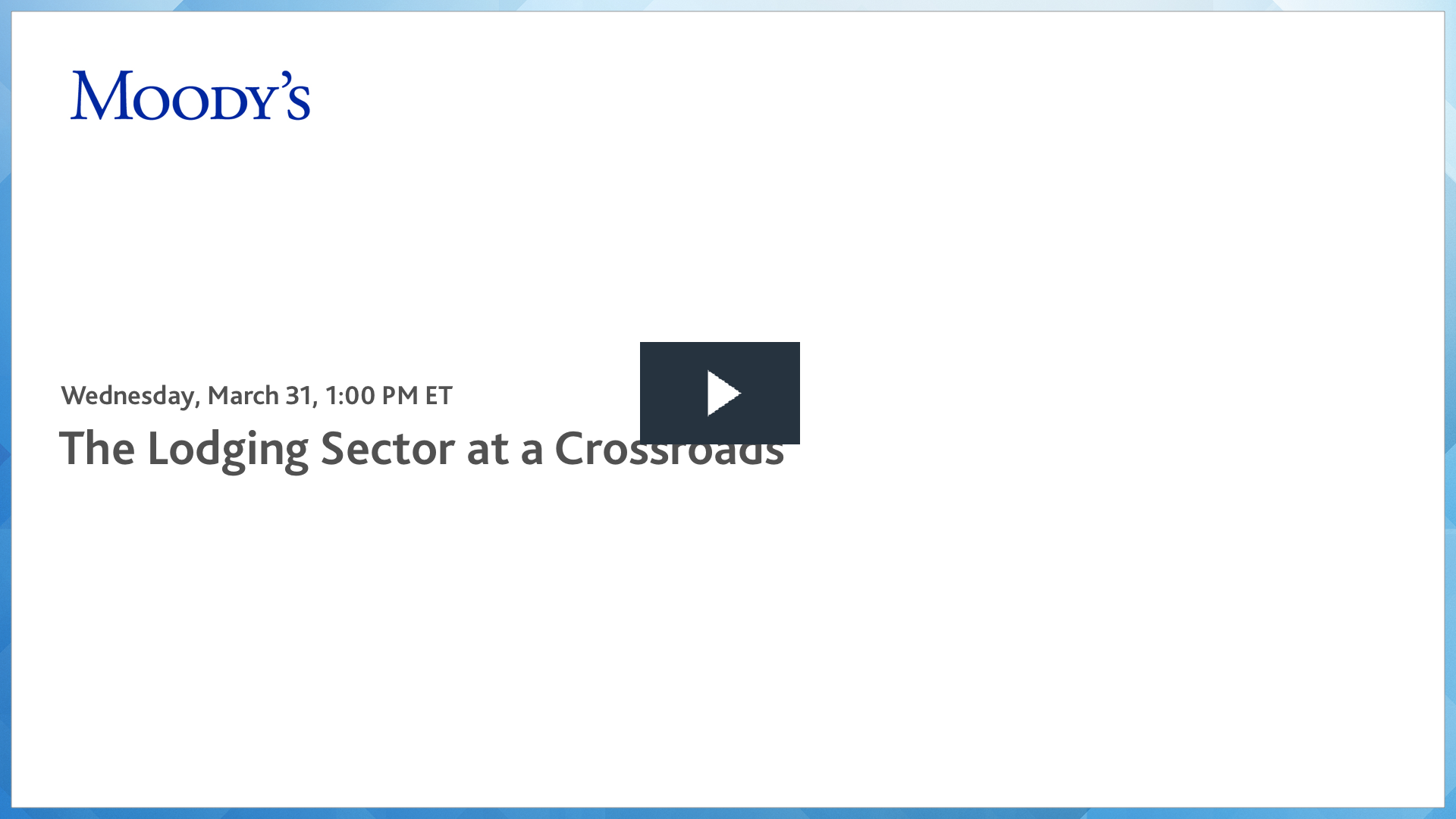 By most measures, the hotel sector has absorbed the largest amount of stress from the COVID crisis, relative to other commercial property types. For owners and borrowers, there is much uncertainty navigating the remainder of 2021 as recovery slowly takes hold in the sector. Join us for an informative session on economics, credit risk, debt markets, and the front-line experience of hotel operators and owners from the onset of the crisis – and beyond.

This webinar is closed to media.

If you have any questions about the webinar, please contact us here.

Keith Banhazl is a Managing Director within the Structured Finance Group and leads the US CMBS and CRE CDO/CLO Surveillance team that includes Conduit/Fusion,Large Loan/Single Borrower, Credit Tenant Lease, Small Balance Commercial, CRECDO, CRE CLO and other structured products at Moody’s Investors Service.In addition, Mr. Banhazl oversees the review of primary US CRE CDO/CLO transactions, including the credit assessment team for commercial real estate assets within CRE CDO’s and CLO’s as well as Structured Credit transactions. He is also Moody’s Global Structured Finance Outreach Coordinator. He has been involved in various research initiatives and outreach activities related to the CRE securitization space, publishing and speaking on Moody’s behalf.

Prior to being appointed to his current position, Mr. Banhazl was a team leader within the CMBS Surveillance group focusing on Conduit/Fusion and Large Loan/Single Borrower transactions. Previously at Moody’s, he rated various fixed and floating-rate Conduit/Fusion and Large Loan CMBS transactions. Mr. Banhazl has a Bachelor of Arts degree from Brown University in Economics and History.

Victor Calanog, Ph.D. CRE® is the Head of Commercial Real Estate Economics at Moody’s Analytics. He and his team of economists and analysts are responsible for the firm’s commercial real estate market forecasting, valuation, and portfolio analytics services.

Dr. Calanog's research has received awards and fellowship support from several institutions, including the Ford Foundation, the Russell Sage Foundation and the Penn Lauder Center for International Business Research.

Katie Keenan is a Senior Managing Director in the Real Estate Debt Strategies group at Blackstone and President of Blackstone Mortgage Trust (NYSE: BXMT). As President of BXMT, Ms. Keenan focuses on the REIT’s investments, operations and strategy. Ms. Keenan also originates loans and other investments for BXMT as well as for other investment vehicles managed by Blackstone’s Real Estate Debt Strategies Group.

Before joining Blackstone in 2012, Ms. Keenan was a Vice President at G2 Investment Group, focusing on real estate and private equity investment activities. Prior to that, she worked at Lubert-Adler Real Estate Funds and in the Real Estate Investment Banking Group at Lehman Brothers.

Chip Rogers has been President and CEO of the American Hotel & Lodging Association (AHLA) since the start of 2019, leading America’s only national association dedicated to serving the interests of the entire hotel and lodging industry.

In his role as President & CEO, Chip has led the AHLA team and the lodging industry to achieve tangible results for AHLA members. Subsequently, he has received numerous awards and has been recognized as one of the 25 most influential by Business Travel News, as one of the most influential people in Washington D.C. by Washingtonian magazine and twice as a top lobbyist by the Hill newspaper.

Prior to joining the hospitality industry, Chip served in the Georgia General Assembly. He was elected to office six times and was unanimously elected twice to serve as Senate majority leader.