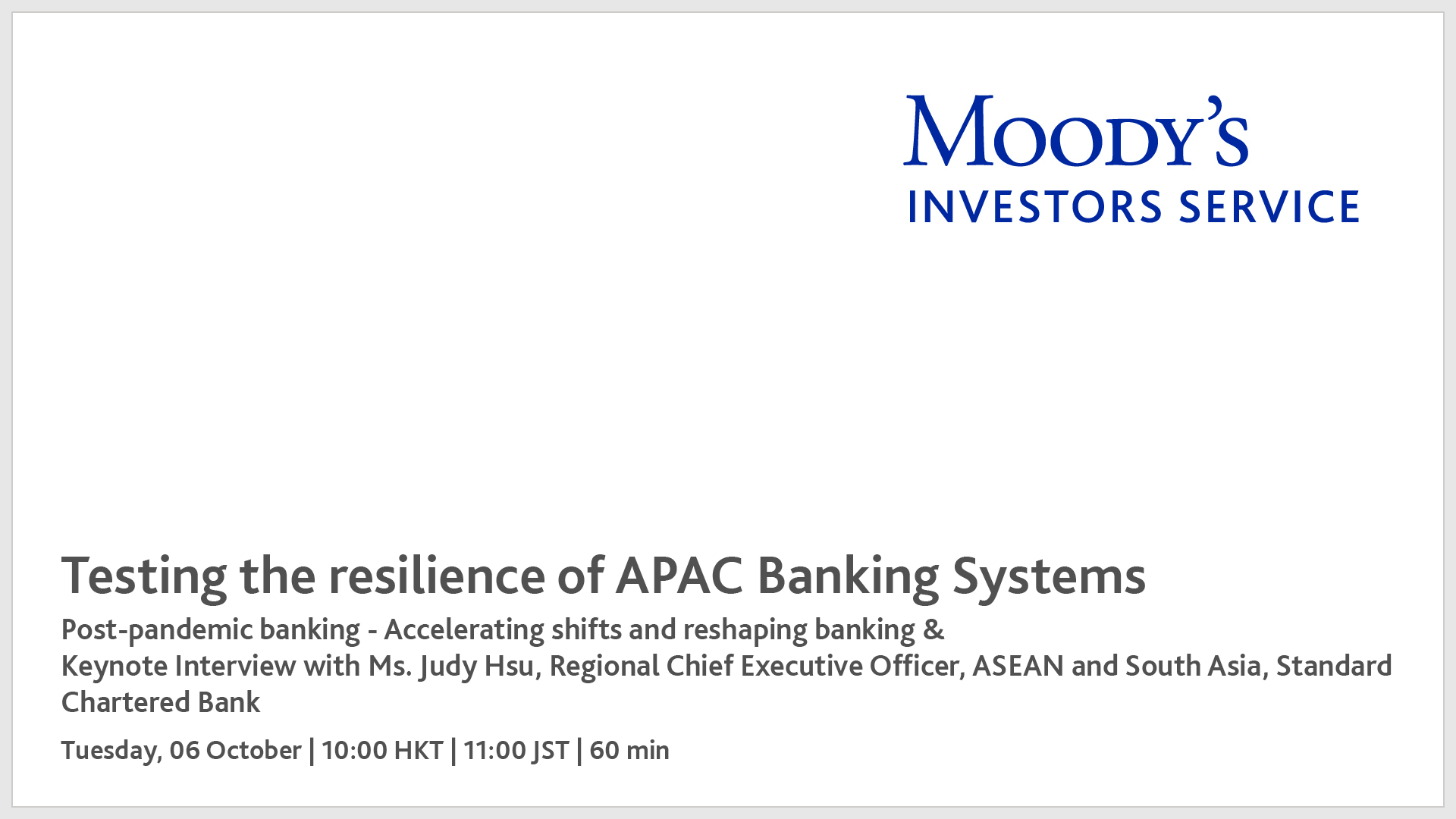 Judy is Standard Chartered Bank’s Regional Chief Executive Officer for ASEAN and South Asia (ASA) and is responsible for leading the business and execution of the bank’s strategy across fifteen footprint markets within the region. She has assumed the role since 1 June 2018 and is also a member of the Group Management Team.

Prior to this, Judy was appointed Chief Executive Officer, Singapore, in October 2015, and led the business development and execution of strategy for the Bank in Singapore, the second highest contributor to the Group and major driver of the performance in the ASA region.

Singapore is a global business hub for the Group, and Judy has been playing an active role in shaping and contributing to Singapore’s growth as a financial centre. Judy was previously the Vice Chairperson of the Association of Banks in Singapore as well as a member of The Institute of Banking and Finance Council. Currently, she is serving on several industry and statutory bodies including Urban and Redevelopment Authority Board and Workforce Singapore.

Judy joined the Bank in 2009 as the Global Head of Wealth Management. She led the strategic development and management of wealth management products, investment strategy and advisory services for the Bank. Prior to joining Standard Chartered, she spent 18 years in Citibank in various country and regional leadership roles in retail banking, wealth management and affluent client strategy.

Judy holds a Bachelor degree in Microbiology and a MBA in Finance from the University of British Columbia, Canada.

Stephen Long is a Managing Director co-responsible for Moody’s global bank ratings. He is based in Hong Kong and primarily focuses on bank ratings in the Asia Pacific region. He is also responsible globally for Moody’s ratings of non-bank financial institutions. Stephen has a long career in Asia.

Before joining Moody’s in 2010, he worked as the head of J.P. Morgan's Asia rating advisory team, and before that, he headed the firm's Asia credit research team. As well as managing the overall team, he was responsible for its research on Asian banks.His experience also includes senior positions at other leading financial institutions,and he began his career as a banking regulator at the Bank of England. He has worked in London, Paris, Hong Kong and Tokyo.

Stephen is a graduate of the University of Oxford, where he read Philosophy,Politics and Economics.