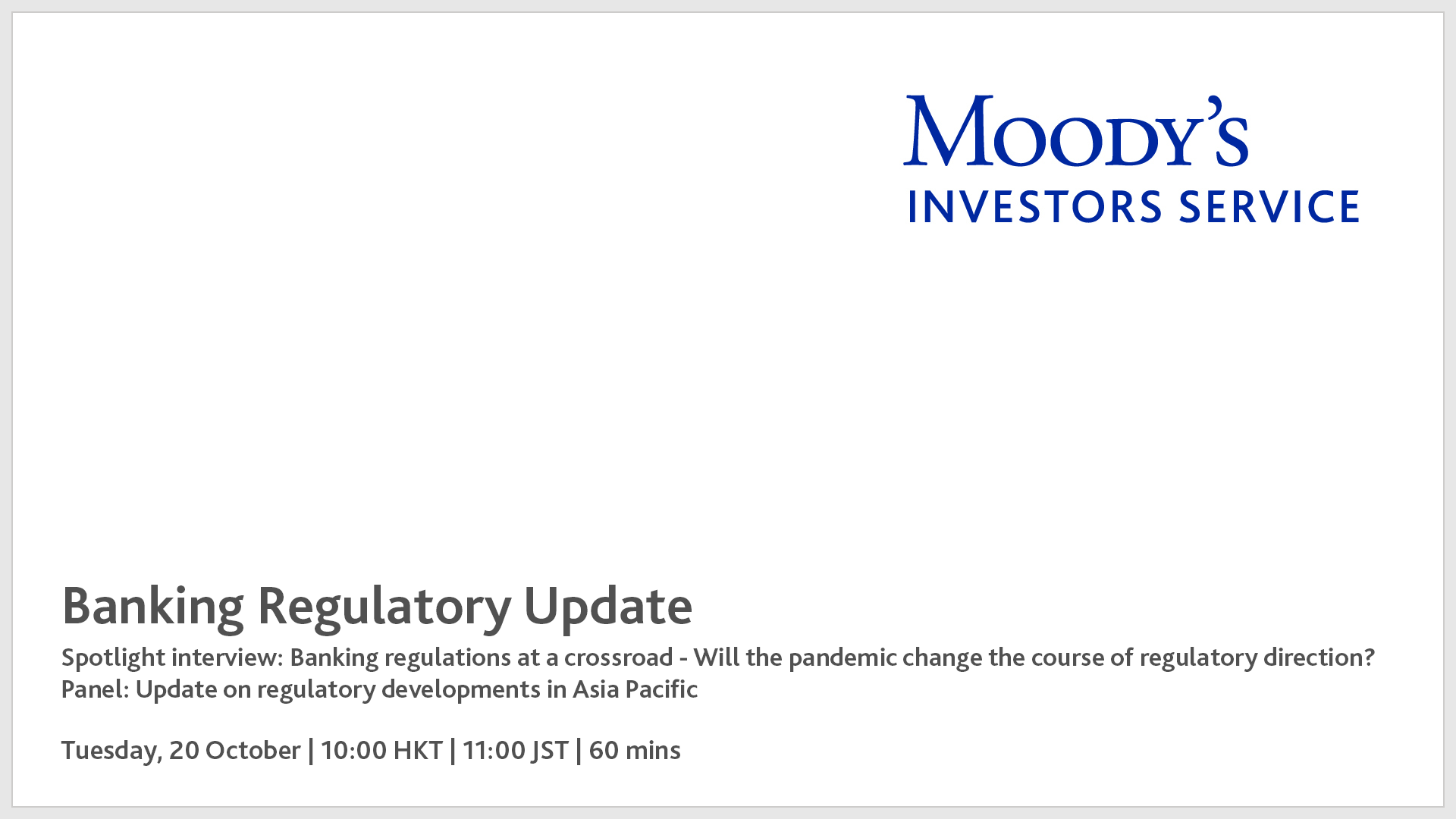 Spotlight interview: Banking regulations at a crossroad - Will the pandemic change the course of regulatory direction?

Martin Boer is Director of Regulatory Affairs at The Institute of International Finance, a global trade association of the financial industry, with close to 450 members from 70 countries. He advocates on a range of regulatory and policy topics, including regulatory consistency, market fragmentation, impact assessment, prudential capital and liquidity standards and insurance regulation.

He is also the IIF lead on cyber security, with a focus on global regulatory developments, operational resilience maturity, and the impact of cyber events on financial institutions and overall financial stability.

He previously served as Secretary General of the European Financial Services Round Table (EFR) in Brussels, which brings together the Chairmen and Chief Executives of Europe's leading banks and insurance companies. Before that he held various positions at ING Group, as Group Head of Public Relations in Amsterdam and a Senior Manager of Public and Government Affairs in Brussels. He also worked as a consultant for UNDP in Namibia.

Mr. Boer holds a B.A. in Philosophy from UC-Santa Barbara and an M.A. in International Political Economy from the School of International and Public Affairs at Columbia University in New York.

Michael joined Moody’s after a distinguished career in several leading central banks and international financial institutions, including roles at the Bank of England, the IMF — where as Resident Representative, he was closely involved in the resolution of the Indonesian financial crisis in the late 1990s — and the Hong Kong Monetary Authority as Head of Banking Policy. He was also the Advisor to the Governor of the Central Bank of Bahrain.

Michael has also had a distinguished academic career, including as Reader in Financial Regulation at Reading University. He has published widely on financial stability and financial regulation, and given seminars and lectures at the SaidBusiness School at Oxford University, at Harvard Law School, Columbia University,and The University of Hong Kong.Michael holds a bachelor’s degree as well as a doctorate from Oxford University.

He also holds a master’s in International Business Law from the University of London.

Patrick Winsbury is the Associate Managing Director of Moody’s Corporate Finance and Financial Institutions Groups in Sydney, covering the Australian and New Zealand markets. Patrick moved to Sydney in 2006, following postings in New York and Singapore with Moody’s Financial Institutions Group. He served as the Representative Director for Moody’s Singapore office from 1995-1999, having previously worked in Moody’s Hong Kong and London offices.

Patrick holds a Masters degree from the Cranfield School of Management, a B.A.in European Studies from the University of Bath and a Mineur from l’Université deMontréal.

Emily has led many regulatory advisory and internal control review engagements of a number of financial institutions, providing solutions and recommendations on the organisation structure, risk assessment framework, governance and performance measurement process, control procedures including client on boarding checking and documentation. In addition, she has advised the banks on the regulatory capital requirements, capital planning process, sensitivity analysis.

She also liaisons regularly with the regulators on the insights and perspectives around the emerging issues faced by the financial services industry in Hong Kong as well as globally. This includes digital banking, sustainable finance and ESG, Basel, bank culture and governance, risk management, and many more.

Emily spent a few years in London as a regulatory advisory partner at PwC UK. In her years in London, she worked on a variety of regulatory projects spanning UK and the EU financial services sector. Today, she leverages her global experience to add value for her clients in Hong Kong and the region.

Before Korea First Bank, he has worked in various capacities as a currency trader/controller and investment manager at international investment and commercial banks. Overall, he has more than 30 years’ experience in the international financial sector and has arranged transactions and/or advised governments, major conglomerates and multinational corporations in the Asia Pacific region.

Dai Chang received an MA in International Affairs/Political Economy from Columbia University and a BA in Political Science & Diplomacy from Sogang University. He has also served in the Republic of Korea Air Force with a 1st Lieutenant Commission in the Air Force Headquarters, Air Force Intelligence and the 8th Fighter Wing.

Christine Kuo is a Moody’s Senior Vice President and Group Credit Officer overseeing financial institutions in Asia Pacific. Based in Singapore, she is responsible for promoting the quality and consistency of ratings and rating practices.Christine worked in Moody’s Hong Kong office between 2012 and early 2019,where she was a lead analyst covering large regional banks and Chinese financial institutions. She has also managed Moody’s Greater China banking team,  in mainland China, Hong Kong, Macao and Taiwan.Before moving to Hong Kong, Christine was the team leader for Moody’s banking analysts in Singapore, responsible for covering banks in Southeast Asia and India.

Prior to joining Moody’s in 2006, Christine was First Vice President and Head of Fubon Financial Holding Company’s Corporate Development Division, where her major responsibilities were strategic planning and investor relations. Christine has also worked for Morgan Stanley in equity research for the financial sector, with Taiwan Ratings on financial institutions and corporate ratings, UBS in treasury marketing and trading, and Taiwan’s central bank in economic research.Christine graduated with a BA (Honors) and MA in Economics from the University of California, Los Angeles. She is a CFA charterholder and a certified FRM.