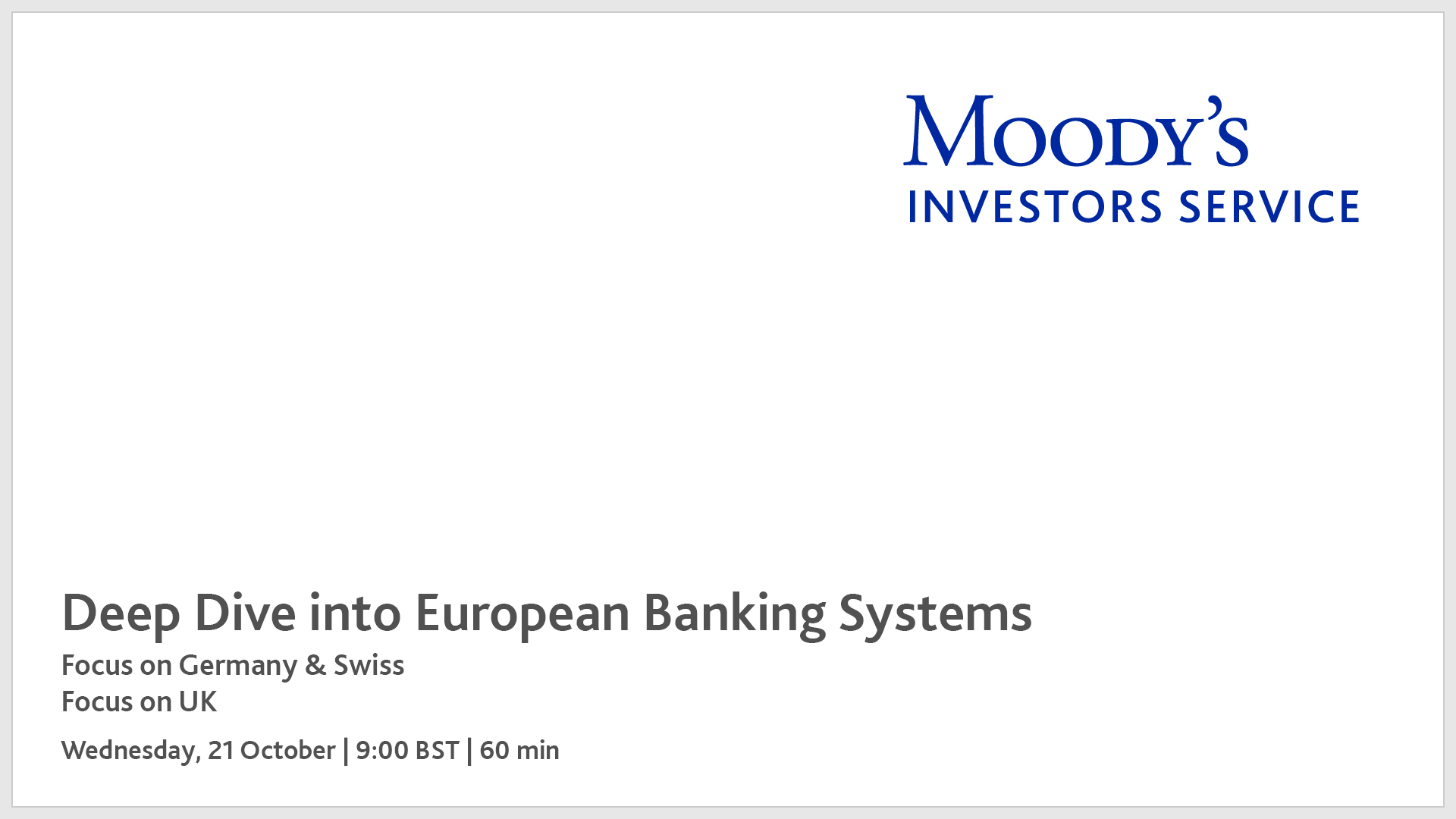 Explore our agenda and build your schedule.

Alexander Hendricks is an Associate Managing Director in Moody’s European Banking team. Alexander has responsibility for the analytical teams covering financial institutions in Germany, Austria and Switzerland. He joined Moody’s in 2013.

During his occupation at the German bank, Alexander also held responsibilities for real estate companies and stock exchanges in Germany. At previous employer ABN Amro, Alexander covered German and Austrian banks in equity research. He began his career as trainee at Deutsche Bank.

Alexander holds a Masters Degree in Business Administration (Diplom- Kaufmann) from University of Mannheim, with specialisation in Banking and Finance. He is a CFA charterholder.

Bernhard is lead analyst for a number of banks in Germany and Austria.

Prior to joining Moody’s in 2014, he worked for Allianz SE as a Financial Analyst with firm-wide credit portfolio responsibilities. Prior to that, he was a Credit Risk Officer at EADS (now Airbus) and a Senior Risk Manager / Senior Analyst in Corporate and Structured Finance at LBBW in Germany and Luxembourg.

Bernhard is a CFA charter holder and has obtained the PRM designation. He holds a Master’s Degree in European Business Studies & Management from Otto-Friedrich University at Bamberg (Germany) and speaks German, English, Spanish and French.

Swen joined Moody’s Investors Service in August 2010 as a member of the of the Financial Institutions Group. He is the lead analyst for several German, Austrian and Swiss banks.

Prior to joining Moody’s Swen was a portfolio manager and buy- side analyst for global banks and financial institutions with Deka Investment, Frankfurt. He graduated in Business Administration from Goethe University of Frankfurt and is a CFA Charterholder.

Alessandro Roccati joined Moody’s in May 2012 as a Senior Vice President in the Financial Institutions Group, based in London. His portfolio includes large European banks.

Edoardo Calandro is a member of the EMEA Banking Team, where he is the lead analyst on a portfolio of Italian banks.

Alain Laurin heads the Financial Institutions group with responsibility for ratings on banks in France and the Benelux since June 2013. Between 2008 and 2013 Alain was Regional Credit Officer for the Europe, Middle East and African region (EMEA).

Prior to joining Moody’s in August 2008, Alain was at Banque of France for 25 years where he held several positions in the International department – including a seven-year secondment to the World Bank – and at the Banking Commission where he was Director of off-site supervision between 2006 and 2008.

He started his career in asset management at Eiger Capital Limited in London, where he was a senior credit analyst in the fixed income markets.

Mr. Lucien-Baugas holds a masters degree in Finance and Management from Dauphine University (Paris IX) and a postgraduate certificate in Finance from ESCP Europe. He is a CFA Charterholder.