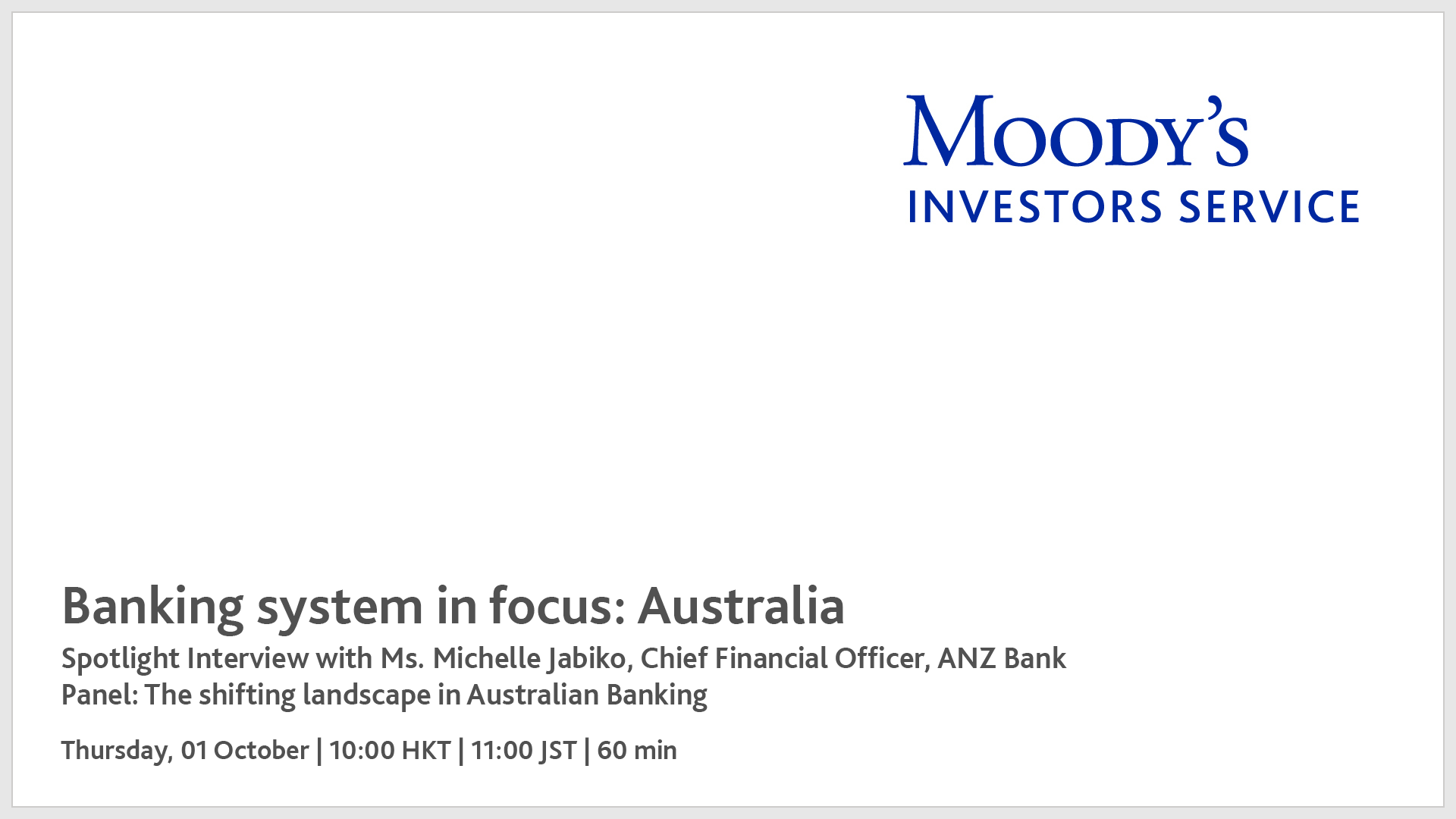 Patrick Winsbury is the Associate Managing Director of Moody’s Corporate Finance and Financial Institutions Groups in Sydney, covering the Australian and New Zealand markets. Patrick moved to Sydney in 2006, following postings in New York and Singapore with Moody’s Financial Institutions Group. He served as the Representative Director for Moody’s Singapore office from 1995-1999, having previously worked in Moody’s Hong Kong and London offices.

Patrick holds a Masters degree from the Cranfield School of Management, a B.A.in European Studies from the University of Bath and a Mineur from l’Université deMontréal.

Prior to joining ANZ, Michelle had a 15 year career in investment banking working across different industries, including financial services, providing advice to Australian companies on strategy, capital management and funding, and investor relations.

Most recently Michelle was at Greenhill Australia where she was the Managing Director and Co-Head jointly responsible for leading its Australian business.

Straight out of university, Michelle initially worked as a lawyer at Allens Linklaters focussed on M&A, banking, tax and finance law.

Michelle graduated with First Class Honours in Law and Honours in Economics from Monash University in Melbourne.

Frank Mirenzi is a Vice President – Senior Credit Officer in Moody’s Financial Institutions Group in Sydney. Frank covers a number of Australian major and regional banks. He is also the lead analyst for the Australian insurance sector.

Prior to join Moody’s in October 2013, Frank worked as an analyst, most recently with Royal Bank of Scotland plc, covering Australian banks and insurance entities.

He holds a Bachelor of Economics from Macquarie University.

Mike is the Chief Executive Officer of the Customer Owned Banking Association(COBA), the industry body for Australia’s credit unions, building societies and mutual banks, following his appointment on 4 December 2017.

In April 2018, Mike became a Director of the World Council of Credit Unions (WOCCU), the peak international body for the credit union movement globally and in 2019 was appointed a Director of the Australian Mutuals Foundation.

Mike was Managing Director of AMP Bank for 8 years and prior to this, Mike under took senior roles in all distribution channels of banking, namely, Corporate,Commercial and Retail and having done so across three continents, Australia, UK and USA.

Mike is passionate about community involvement and using his skills that have been acquired over a very fortunate career in playing his part in helping others,more recently as Vice Chair of Heart Research Australia and the many activities associated with Special Needs.

Daniel Yu is a Vice President – Senior Analyst in Moody’s Financial Institution Group, based in Sydney. His primary responsibilities include banks in Australia and New Zealand.

Prior to joining Moody’s in October 2006, Daniel worked as an analyst for the Australian Prudential Regulation Authority, focusing on authorised deposit taking institutions and general insurance entities.

He holds a Bachelor of Mathematics and Finance degree from the University of Technology, Sydney. He is also a CFA charterholder and a member of the CFA Society of Sydney.