Welcome to the Moody’s Banking Series

Catch up on what you missed... All of our sessions are available on-demand! 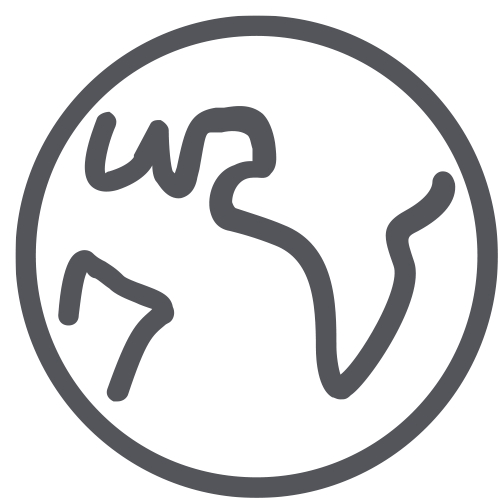 Access global programme and our experts from wherever you are 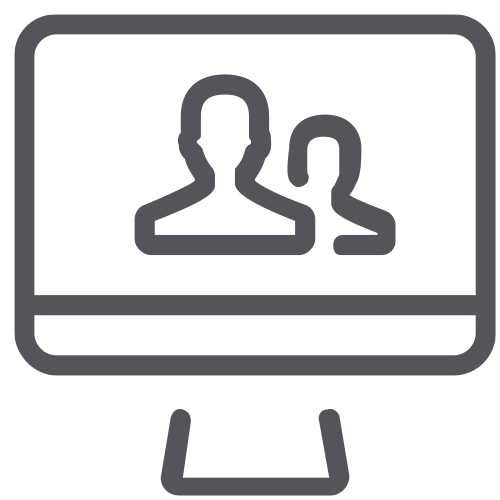 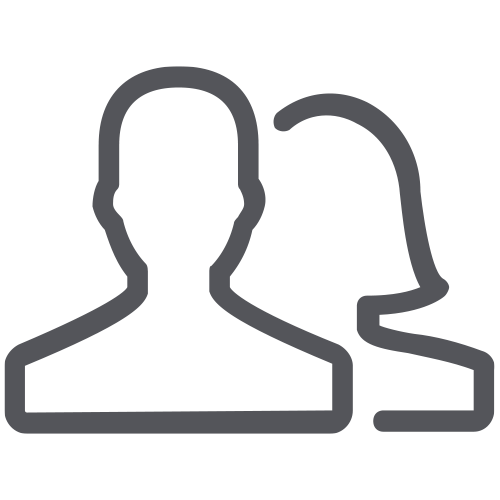 Michael L. Corbat is Chief Executive Officer of Citi, the world's global bank, with approximately 200 million customer accounts and activities in more than 160 countries and jurisdictions.

Since becoming CEO in 2012, he has focused on leveraging Citi's unique global network to serve its institutional and consumer banking clients with an emphasis on strong execution and the highest ethical standards. In the process, Mr. Corbat has made Citi a simpler, smaller, safer and stronger institution. Citi has improved the quality and consistency of earnings, and Mr. Corbat is committed to creating shareholder value by serving Citi's stakeholders and fulfilling Citi's mission of enabling economic growth and progress.

Mr. Corbat has been at Citi and its predecessor companies since his graduation from Harvard University with a bachelor's degree in economics in 1983. Prior to his current role, Mr. Corbat was CEO of Europe, Middle East and Africa where he oversaw all of Citi's business operations in the region, including consumer banking, corporate and investment banking, securities and trading and private banking services. Previously, Mr. Corbat served as the CEO of Citi Holdings, Citi's portfolio of non-core businesses and assets. In this role, he oversaw the divestiture of more than 40 businesses and divested more than $500 billion assets, reducing risk on the Company's balance sheet and freeing up capital to invest in Citi's core banking business.

Mr. Corbat has also served as the CEO of Citi's Global Wealth Management unit and was Head of the Global Corporate and Global Commercial Bank at Citi, a role in which he led the firm's efforts to provide best-in-class financial services to top-tier multi-national corporations and financial institutions around the world.

Mr. Corbat has been honored by several civic and cultural organizations. He serves as Chairman of The Clearing House Association Supervisory Board and Vice Chairman of the Financial Services Forum. He is also an executive committee member of the Partnership for New York City, a permanent board member of the Bank Policy Institute, and sits on the Board of Trustees of the United States Ski and Snowboard Association.

Christian Sewing has been a member of the Management Board since January 1, 2015 and Chief Executive Officer since April 2018. On July 7, 2019 he took on additional responsibility for the newly established Corporate Bank and the Investment Bank.

He joined Deutsche Bank in 1989. From January until June 2015, he was responsible on the Management Board for Legal, Incident Management Group and Group Audit, and assumed responsibility for Deutsche Bank’s Private & Commercial Bank (including Postbank) between July 2015 and April 2018. He was Head of Group Audit from June 2013 to December 2014, prior to which he held a number of management positions in Risk. From 2012 to 2013, he was Deputy Chief Risk Officer. From 2010 to 2012, he served as the Bank’s Chief Credit Officer. He has worked in Frankfurt, London, Singapore, Tokyo and Toronto.

From 2005 until 2007, Christian Sewing was a member of the Management Board of Deutsche Genossenschafts-Hypothekenbank.

Brian Moynihan leads a team of more than 200,000 employees dedicated to making financial lives better for people, companies of every size, and institutional investors across the United States and around the world.

In 2019, Bank of America was the only financial services company on Fortune magazine’s list of The Best Big Companies to Work For. Euromoney recognized Bank of America in 2018 as the World’s Best Bank and the World’s Best Bank for Diversity and Inclusion, as part of their annual Global Awards for Excellence. Bank of America is recognized as a top employer by Working Mother magazine and Military Times and by JUST Capital as the #1 most JUST company out of “Banks” industry. The company is also listed on Fortune magazine’s list of the Best Workplaces for Diversity and the Best Workplaces for Parents. It was also named one of the Best Places to Work for Disability Inclusion by the U.S. Business Leadership Network and the American Association of People with Disabilities. Bank of America was also named the 2019 Catalyst Award winner, honored for supporting the continued development, empowerment and advancement of women in the company and around the world.

Moynihan participates in several organizations that focus on economic and market trends, including as chairman of the World Economic Forum International Business Council, the Financial Services Forum, the Bank Policy Institute (chair), the Business Roundtable, the Clearing House, the American Heart Association CEO Roundtable (co-chair) and the Business Council. He is a member of the Federal Advisory Council of the Federal Reserve Board.

Moynihan leads the company’s Global Diversity and Inclusion Council and is a member of the museum council for the Smithsonian’s National Museum of African American History and Culture. Moynihan is also a member of the Brown University Corporation's Board of Fellows, the Catalyst Board of Directors, the Council on Competitiveness Board of Directors, the Congressional Medal of Honor Foundation Board and the Appeal of Conscience Board of Trustees.

Moynihan works with public officials, businesses and civic leaders at the local level through his participation on the Charlotte Executive Leadership Council (chair), the Massachusetts Competitive Partnership and the Partnership for Rhode Island.

Prior to joining ANZ, Michelle had a 15 year career in investment banking working across different industries, including financial services, providing advice to Australian companies on strategy, capital management and funding, and investor relations.

Most recently Michelle was at Greenhill Australia where she was the Managing Director and Co-Head jointly responsible for leading its Australian business.

Straight out of university, Michelle initially worked as a lawyer at Allens Linklaters focussed on M&A, banking, tax and finance law.

Michelle graduated with First Class Honours in Law and Honours in Economics from Monash University in Melbourne.

Prior to assuming her current role in September 2017, she was EMEA Head of iShares and Head of Global Clients, ETF and Index Investments. Ms. Lord joined BlackRock in November 2013 from Citigroup where she was the Global Head of Corporate Equity Derivatives. She joined Citigroup in 2009 after thirteen years at Morgan Stanley, where she had a variety of senior roles in the equities and capital markets businesses, in London and Hong Kong.

Ms. Lord qualified as a Chartered Accountant in 1990 with Arthur Andersen, following which she worked in structured finance for five years before moving into equity derivatives. She graduated in 1987 from the University of Leeds with a BA (Hons) First Class in International History & Politics.

The Bank has a long-standing presence across Southeast Asia, as well as in China, Japan, Hong Kong, Taiwan, the United Kingdom and the United States. Its international network includes more than 300 branches in 14 economies, the largest overseas network of any Thai bank. Its major international subsidiaries are PermataBank, Indonesia’s 12th largest bank by total assets, serving 3.75 million customers in 62 cities across the archipelago and a pioneer of mobile banking and mobile payment technology in Southeast Asia’s largest economy; Bangkok Bank (China), with six branches providing coverage across the major regions in China; and Bangkok Bank Berhad, with five branches across Malaysia.

Ana joined Moody’s in 2013 with an extensive experience in analyzing financial institutions and managing credit professionals. Prior to joining Moody’s, Ana’s most recent role was at UBS, where she spent the last several years as Executive Director in Credit Risk, responsible for financial institutions including North American banks,broker dealers, exchanges and clearinghouses. Prior to UBS, she was Head of Global Portfolio Management-Credit Risk Management at Morgan Stanley, focusing on comprehensive coverage, identification and analysis of risks across the firm’s trading and lending businesses as well as leading key risk management initiatives for Morgan Stanley Bank N.A.

Ana holds a master’s degree in Management (with a specialization in Financial Services and Banking) from Boston University, and a bachelor’s degree in Business from Pace University, New York.

Sean Marion is Managing Director in the Financial Institutions Group, based in London. He is responsible for Moody’s analytic teams that rate banks and nonbank financial companies in the Nordics, Baltics, South-Eastern Europe and emerging markets in Middle East and Africa. Prior to relocating to London in 2011, Mr. Marion held various positions of progressive responsibility in Moody’s, including working in the firm’s offices in Mexico City and Toronto.

Before joining Moody’s, Mr. Marion worked for The Economist Intelligence Unit, conducting research on macroeconomic and country risk. Mr. Marion holds graduate degrees in economics from the Université Paris I (Sorbonne) and the London School of Economics. He also holds an undergraduate degree from Bishop’s University, Canada.

Mr. Marion is fluent in French and Spanish.

Carola Schuler is a Managing Director in the Europe, Middle East and Africa banking team, based in Frankfurt. In this capacity, she is responsible for Moody’s analytical teams that rate banks primarily in the Eurozone and Central and Eastern Europe as well as non-bank financial companies across Europe and emerging markets in Middle East and Africa. Carola has extensive experience in credit analysis and managing credit professionals.

Prior to joining Moody’s in 2008, Carola was a Director at the credit risk management division of Deutsche Bank where she worked in a number of different analytical and managerial functions in Germany and abroad, covering corporate finance, leveraged finance, financial institutions and sovereign risk across Europe, including time spent in Brussels (Belgium). Carola has a double German-French Diploma in Business Administration from Hochschule für Technik und Wirtschaft des Saarlandes (HTW), Saarbrücken /Germany and the University of Metz/ France.

Maria Celina R. Vansetti Hutchins is the Managing Director responsible for bank ratings in the Americas. In this capacity, Celina leads teams in Canada, the U.S., and in Latin America, with responsibility for roughly 250 ratings of financial institutions.

Prior to her current role she was the Managing Director for Latin American bank ratings.Celina joined Moody’s in 1997 as the lead analyst for Brazilian banks.Prior to joining Moody’s, Celina spent 16 years with Citibank, N.A. and was a Vice President in the Latin America Financial Institutions Division, in New York. She served in various lending and credit capacities at Citibank Corporate Banking and Financial Institutions Group in Brazil and the U.S.Mrs. Vansetti Hutchins holds a Master’s degree from Fundação Getúlio Vargas and aB.A. in Agricultural Engineering from Universidade de Sao Paulo, Brazil.

Stephen Long is a Managing Director co-responsible for Moody’s global bank ratings. He is based in Hong Kong and primarily focuses on bank ratings in the Asia Pacific region. He is also responsible globally for Moody’s ratings of non-bank financial institutions. Stephen has a long career in Asia.

Before joining Moody’s in 2010, he worked as the head of J.P. Morgan's Asia rating advisory team, and before that, he headed the firm's Asia credit research team. As well as managing the overall team, he was responsible for its research on Asian banks.His experience also includes senior positions at other leading financial institutions,and he began his career as a banking regulator at the Bank of England. He has worked in London, Paris, Hong Kong and Tokyo.

Stephen is a graduate of the University of Oxford, where he read Philosophy,Politics and Economics.